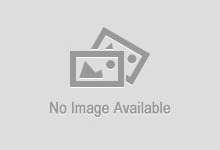 Soooo, my wedding day happened to fall on the wettest,
chilliest day so far in Oct. Lol I am so happy that I am now married to my best friend, we had a great time at our wedding and the friends that we have spoken to said they enjoyed themselves.....but with that said my husband and I encountered a bunch of hiccups throughout that night. We are disappointed in some vendors and if given an opportunity to have another wedding we wouldnt pick a few of the vendors we had. :( Let the review begin.....

Timber Point- C
When we first went to Timber Point we fell in love with the view and the space. We ended up booking with Miriam who we had met at one of the showcases. When booking she was very friendly and seemed attentive but the further into planning it would take her longer and longer to respond and when she did it would be a one sentence email. We also felt she had this 'air' about her but we let that go. During our tasting she was too preoccupied with the bride who was finalizing her menu, we didn't get much of her time. Again, I let it go. Any time we would go to the venue to make a payment and go over things she was never there.....now we made an appointment to finalize our menu and the only day that she could do it was on a Sunday which we were supposed to be away but we changed our plans. We show up for our appointment and we can't find Miriam, when we asked for her they said she was off that day. My husband and I were furious, but when getting ready to leave we saw the other wedding coordinator who we had seen several times due to Miriam not being around and we asked if she could help us with the rest of the wedding cause we no longer wanted to deal with Miriam. From that moment on we dealt with Maureen who was great and gets an A+....very helpful and attentive. As for the day of the wedding we had issues as well....the maitre de and bridal attendant were terrible. We had Jake and im sorry but I can't remember the bridal attendants name. Jake was so strict with his timeline that if you strayed from it by one minute he would point to his wrist and say 'come on' if we run behind my boss is going to yell at me (oh come on)....its a Friday night wedding and I'm the only one. He had issues with our DJ and he would come to me and my husband and ask for help, at one point he even pulled my husband out of the bridal suite to assist him with the DJ. He didnt turn on the candles we brought, we did it on the way walking into cocktail hour and even though he had instructions to place favors at each table he placed them on one table by the door and most of my guests missed them. The bridal attendant was hard to find as she was always with my husband. We asked her a couple of questions in regards to the ceremony and which side people should be on and she was unsure and said just pick a side it won't matter...instead of helping ease the stress they added to it. Due to the weather I was feeling a bit overwhelmed and they made it worse. Even at one point, before the ceremony my grandparents show up wet and cold and ask if they could have a cup of coffee and they were told from what I heard told no they cannot in a very rude way. Timber point has beautiful views and the grounds I still love but definitely disappointed and I wish we had chosen a different venue. There's other little things that happened with our menu but I will wrap it up...lol but If your booked here make sure you don't have Jake as your maitre de.

Fire Monkey Hair Design - A+. Dusti was great, shes got a great personality....me and my girls have absolutely no complaints. Amazing at what she does, in the rain and wind my hair stayed the entire night. I highly recommend booking her for hair!

Perfectly Blended Makeup by Vivian- A+ This is another vendor I would highly recommend! Vivian was sweet, personable and great at what she does. If you are looking for a natural look, she will do it, if you want more of a drastic look she will do that too. She does whatever you want and it comes out great. I, along with some family plan to use her for other events when needed.

Ken and Eva's Flower Cottage in Bayshore - C. They came recommended from a friend, so I chose to ignore the reviews but I wish I hadnt. They were very nice to deal with, good prices and very easy to get a hold of but my bouquet had some dead flowers, and it wasnt even close to the picture i had shown....even the bouquets and boutonnieres contained dead or unopened flowers. My aunt actually ended up taking my bouquet to a local place to get fixed and it ended up looking beautiful thanks to this unknown shop in setauket. Lol

Campbell's Bakery in Brentwood- A. The cake was good, looked exactly like the picture and it tasted good. No complaints with this place for our cake.

All-Star Limos - C- Ahhhh, the amount of Money you spend on Limos and classic cars you think you would get something good. Whelp, both cars....the escalade and the classic car leaked. The one limo driver was pushy and due to weather decided to show up an hour and fifteen mins early, which would normally be a good thing but he kept pushing the guys and even trying to help them dress cause he wanted to leave and didn't want to wait. The fus weren't allowed to get to my aunts any earlier than 3pm which the limo driver was told but he still continued to be annoyingly pushy from what I heard. The classic car that took my husband and I to the venue was supposed to have had drinks and champagne and it had nothing.....we were thirsty and it wasn't even stocked with water. Also, the driver needed to keep the window slightly opened to keep the windows from fogging but the rain kept blowing in and hitting me and my husband in the face.....at one time a passing car drove by, hut a puddle and the water came flying through the window and hit us. This driver was the opposite of pushy, he didn't listen. Lol He was approaching the exit and we told him, 'this is it, you have to get off here, this is the exit' and he ignored us and kept going.....yup we missed the exit. Let's just say it was an interesting ride.

Foxligt Studios (Photo) - A+++. I highly recommend this vendor for photos....chris and his team ( Matt and Jaqcui) are extremely talented. Chris showed up early and got to snapping away getting some fun photos. Chris has a great personality, knows how to have fun and make you feel comfortable which I feel is important since you spend most of the day working with this vendor. Matt and Chris did a great job with staying organized, and doing the best they could with the weather they were given....especially since originally we were supposed to do a first look at a park and the ceremony was supposed to be outside. After the wedding, Chris actually contacted us and told us he wanted to take us back out,since the rain never let up that night, and he new what we had wanted that day, he thought it would be fun to go to the park for more photos. That's the day we met Jaqci who was great and creative! We saw sneek peaks from both days and we couldn't be happier!!!! Great team, great prices, a lot offered, I suggest checking them out.

LJR cinematography - A+++ yes I know we haven't gotten our trailer yet to be able to fully say he gets an A+++ but I don't think for a minute it will be less....but this review is based on what we did experience so far. Sean and his assistant Brandon were great. They showed up early, very personable and fun to be around. He was outside in the rain to try to capture moments as well as always being there at the right time to get those good shots and video. They were on point, ready for anything and even stayed until the very end. Great guys and can't wait to see our trailer.

Thanks for your review! Congratulations! Sorry you had a few bumps but glad you had a wonderful day after all!
tamiayala17 Posted: Apr 02, 2016 11:01 PM+ 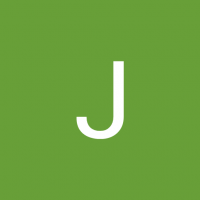