Celebrate your wedding at East Wind Long Island! This award-winning catering facility offers three separate venues, ready to host a reception from an intimate gathering for a few to a posh banquet for 300 or more. No matter the size, or style, you can count on East Windâs impeccable service and exquisite cuisine.
Situated on 26 lush acres on the North Fork, there is a venue option just right for any size or style event. For your "one wedding at a time" experience, our ALL NEW VINEYARD with picturesque grounds offers a romantic, rustic setting among the vines or experience luxurious elegance at the Estate, where the space is exclusively yours for the day. For a stately soiree, (perhaps even black tie?) then you will want the Grand Ballroom and all the breathtaking options it offers. And, letâs not forget the lovely indoor and outdoor ceremony locations.
East Wind Long Island is a destination, with a full service luxury hotel, conveniently located in beautiful Wading River. It is easy to reach from anywhere while also just a short jaunt to Long Islandâs wine country on the North Fork and the swanky, beachy Hamptons just a bit to the south. Itâs the perfect âhome baseâ for exploring the East End, if you can pull yourself away from the fabulous amenities on site.
In addition to a 10,000 square foot full-service salon and spa, offering everything form bridal hair and make-up to massages and facials, East Wind offers Desmondâs Restaurant Â - just right for the rehearsal dinner and breakfast buffet. Be sure to plan a visit to the Shoppes, for an impressive array of retailers, including a bridal shoppe, high-end jewelry, a florist and artisan food and gift shoppes, and Ruggero's our family style Italian restaurant, perfect for your rehearsal dinner with a grand carousel right outside the front door! Wouldnât that make for a romantic photo backdrop?
East Wind Long Island has perfected the art of exceeding your expectations. They cater to all cultural, ethnic and LGBT wedding clients with many inclusive package options. Contact their creative wedding planning team today to and get ready to say âI doâ just the way you envisioned!Â

Interview With East Wind Long Island
We pride ourselves on, at the end of the day having surpassed all of your wedding day dreams. The friendship of the ones we serve is the foundation of our future success

âWe pride ourselves on, at the end of the day having surpassed all of your wedding day dreams. The friendship of the ones we serve is the foundation of our future success.â 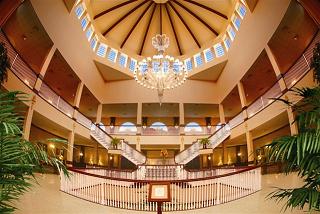 Tell us about some of the wedding packages you offer?

Our packages range from Black Tie formal sit down dinners to casual 'cocktail party' and buffet packages. We are always able to accommodate and to customize any type of menu.

What makes your location unique and special?

Our location is at the gateway to the North Fork of Long Island and we are set on 25 private & landscaped acres. In addition to catering we also offer luxurious hotel accommodations,a decadent 10,000 square foot full service Spa & hair Salon and fine dining in Desmond's Restaurant & Lounge. With a North Fork Bridal on site and The Shoppes at East Wind just steps away, you and your guest can take advantage to all of these amenities. When you come to East Wind you get the feeling of a true destination wedding rather than just going to a traditional catering hall.

Tell us why you decided to go into the wedding industry.

After owning & operating a restaurant for 18 years, catering seemed to be a natural transition. From there came a love of working with Couples and helping to create their 'fantasy wedding'.

Tell us about some of the most unique events you've hosted?

We have done some outrageous 'platinum weddings' to elegant intimate weddings. All of them are unique in their own way. Some of our couples have brought in specialty lighting technicians and have completely transformed our ballrooms.

How far in advance should a couple start looking for and book their catering hall?

Times have changed. It used to be that couples would book their wedding almost 2 years out, sometimes more. Lately,a lot of short term weddings have been booked (about 6 months out). But in order to get the date that you absolutely want, we recommend at least a year to a year and a half out.

How can you help couples 'customize' their special event?

At East Wind, we offer a complimentary Wedding Planner to help assist them in any way they need. Once the wedding is booked the next step is to help get them started booking their vendors. At that point is when we also discuss different ways to enhance their wedding. We have relationships with various vendors all with their own talents, from custom linens, to specialty music and lighting & entertainment.

East Wind is the only true Wedding Destination on Long Island, with the finest cuisine and unsurpassed service, we are dedicated to make this special day become a memory that will be etched in your hearts forever. So why not spend a day you will always remember in a place that you will never forget.