Feb 21, 2017 12:05 PM Back
Itâs no surprise that the state that BOASTS (as its motto) âGo Big or Go Homeââ¦.weddings are a wonderfully HUGE ordeal. In fact, Texas is not only THE largest state but also has the right to fly its flag as high as our national flag. This, because historically, Texas was its own country, with cultures all its ownâ¦cultures that are part of the Texas trend even todayâ¦.and itâs a beautiful and bold blend of the west, the deep south, itâs bordering neighbor (Mexico) and the ranching lifestyle. Texas weddings are BIG on tradition and BIG on funâ¦.and itâs moreâ¦MUCH more than âjustâ cowboy hats and cowboy boots.

Raising The Roof:Â  House parties are part of the Texas traditionâ¦. and having a ranch wedding is more culture than couture. The bride assigns friends and family members specific duties in preparation for her big dayâ¦but they are NOT bridesmaids or even part of her bridal partyâ¦.but instead more like associate wedding planners who do everything from decorate and plan to cook and serve at the brideâs special soiree.

Get Down Texas Style:Â  Texas is a BIG state and their musical tastes are just a huge. Consider everything from Mariachi music to the traditional Mexican dollar dance where guests pay a dollar to dance with either the bride or groom....a dance that only lasts until the next guest pays and is a way to help the couple raise some extra spending money.

Some of the most popular wedding day tunes include:

Cotton-Eyed Joe ( A tune dating back to pre-civil war times and frequently referred to as the âSouth Texas National Anthem)
Garth Brooksâ¦primarily âIâve Got Friends In Low Placesâ among others. 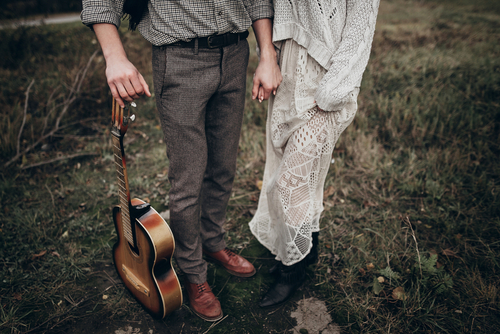