Save The Date: Who Gets To Bring A Date To Your Wedding?

Nov 29, 2016 11:15 AM Back
Etiquette and all the pomp and circumstance that goes along with it, may seem passÃ©, but in actuality they are quite posh, even for todayâs polished pair.

And, setting standards and general guidelines and rules for your ceremony and reception makes the planning process simpler and less stressful.

Most couples are so excited about their extravaganza that their philosophy is often the more the merrierâ¦and we tend to agree, except for one possible caveatâ¦.COST.

Unless money is NO OBJECT,Â  youâre guest list should include those closest to youâ¦but that can raise another question or two.

Which Guests Get To Bring A Guest? Itâs understood that married couples will attend as suchâ¦but what about single guests? Well, both trend and tradition suggest that itâs both kind and courteous to offer singles on your guest list the option of a plus one. And, it ups the odds that they will attend. However, if youâre on a tight budget you can eliminate some of the extras such as couples who are dating for only a short while but are not that serious.

Do unmarried couples get a separate invite or one invitation? While itâs not mandatory to invite all your friendsâ and familyâs significant others, though Â it IS expected if the couples is in a long-term committed relationship, regardless of whether or not they are living together. As far a separate invites are concernedâ¦.couples who are cohabitating should definitely get ONE invite. However, with couples who are not living under one roof, the decision is ultimately up to you. Personally, I think inviting them as a unit, since they see probably see themselves as one is more elegant. Simply send the invite to your friend or family memberâs address and include both names. But, if the relationship is fairly ânewâ (but serious and exclusive) you can send an invite to each. Just be sure to discuss it with your friend or family member, after all ânewâ liaisons can be tricky and you donât want to assume his or her significant other will be comfortable with the invite or with attendingâ¦he or she may think itâs too soon for such a âbig stepâ.
Â 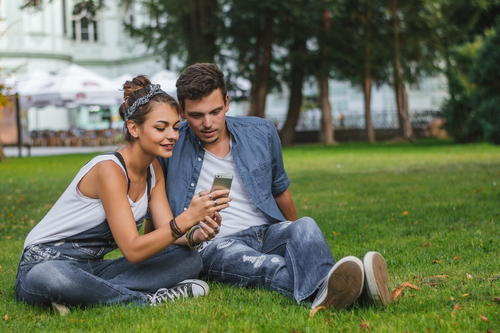