The Rhythms Of Your Heart: Haute Couture Vintage Tunes Topping The Hit List

Feb 14, 2017 01:46 PM Back
Old school is becoming cool again as shabby chic has become synonymous with timeless elegance. Todayâs âtrendiestâ couples are getting their inspiration from the pages of time and days gone byâ¦and when it comes to song selection couture coupes are Â taking their musical cues from The Classicsâ¦as everlasting love and romance is topping the charts for making your wedding and marriage one thatâs memorable and is written in history as one of âHappily Ever Afterâ.

Here are some favorites by decade:

1.Â  The Wedding Glide composed by Louis Hirsch in 1912 (Iâm wondering if this may have been âthatâ decadeâs Electric Slide)
2. Â For Me And My Gal composed by Edgar Leslie, E. Ray Goetz and George W. Meyer in 1917 (I can remember my grandmother singing this)
3. You Made Me Love You: This 1913 classic was composed by James Vincent Monaco and Joseph McCarthyBall. (Patsy Cline does a lovely country rendition for todayâs romantic rustic couple)
4. To Have, To Hold, To Love: This âoperaticâ overature was written by Daryl MacBoyle and Earnest R. Ball in 1913 (sang beautifully by Henry Burrâ¦.a GREAT rendition, if you can find it...especially if youâre hosting a Tuscan style event).
5.Â  The Aba-Daba Honeymoon: This âsillyâ, whimsicalÂ  party song was crafted by Arthur Fields and Walter Donovan in 1914â¦and taps into your vintage fun side.

1.Â  ItÂ  Had To Be You (another one of my grandmaâs favorites) was the 1924 hit by Isham Jones and Gus Kahn
2.Â  I Wanna Be Loved By You: This 1928 classic (which will forever remind me of Betty Boop) was written by Robert Stothart, Harry Ruby, and Bert Kalmar
3. Someone To Watch Over Me: Written in 1926 (The year my step-dad was born) by George Gershwin definitely has the show-stopping show tune appeal for the truly theatrical couple. (This Gershwin inspired melody was also performed by Frank Sinatra, Ella Fitzgerald and Amy Winehouseâ¦so YOU have your pick of interesting interpretations and renditions)
4.Â  The Man I Love: Written By George and Ira Gershwin in 1924 Â this tune is a timeless classic. (It has been famously âredoneâ by Barbara Streisand, Billy Holiday, Ella Fitzgerald and Liza Minelliâ¦to name a few)
5. I Canât Give You Anything But Love: This romantic classic was written in 1928 (the year my father-in-law was born) by Jimmy McHugh and Dorothy Fields (For a more modern twist..look to the Tony Benett- Lady Gaga rendition)

1.Â  Cheek To Cheek: (If you were an âI Love Lucy Fanâ this will surely drum up some sentimental and special memories). This romantic melody was written by Irving Berlin in 1935.
2. Iâve Got My Love To Keep Me Warm: Composed by Irving Belin in 1937 this timeless tune continues to be a favorite. (Other versions include interpretations by Frank Sinatra, Ella Fitzgerald, Kay Starâ¦even Amy Grant)
3. A Fine Romance: Written by Jerome Kern and Dorothy Fields in 1936 (The little ditty, while it has been performed by MANY talented artists is probably best known for being âTheâ song in the movie Swing Time featuring Ginger Rogers and Fred Astaire).
4.Â  Letâs Fall In Love: Made popular in 1934 this classic was composed by Harold Arlen and Ted Koehler. (It was featured in Midnight in Parisâ¦one of my all-time favorite movies)
5. Night and Day: The Cole Porter classic was written in 1932 (and there was a movie by the same name highlighting the life of the musical genius starring Cary Grant as Mr. Porter).

1. Swinging On A Star: This popular 1944 tune was written by Johnny Burke and Jimmy Van Heusen (It was sang by Bing Cosby and âIâ can recall my dad singing it when I was a child.)
2. I Love You (For Sentimental Reasons): The forever favorite was the creation of Deek Watson and William Best in 1944 (it is best remembered as sung by Nat King Cole)
3. Iâm Beginning To See The Light: Another 1944 hit written by Duke Ellington, Don George, Johnny Hodges and Harry James (Michael Buble puts a modern spin on the vintage classic)
4. Almost Like Being In Love: This upbeat melody was written in 1947 by Frederick Loewe and Alan Jay Lerner. (with classic renditions by Frank Sinatra and Nat King Cole)
Â 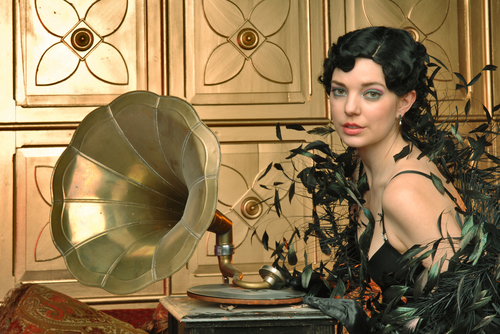