Jan 24, 2017 12:53 PM Back
Whatever your definition of a traditional North American wedding isâ¦ itâs likely a far cry from what it was meant to be. Here are a few fun facts about a quintessentially classic celebration.

For starters most brides got married right out of high school and many married their high school sweethearts (talk about romantic). Furthermore it was customary for these young soon to be brides to keep a journal documenting the details leading up to her nuptials. Most keepsake journals contained specifics about the couple, their engagement and their weddingâ¦.usually an intimate event that took place at the brideâs home. The extravagant events we know consider âtraditionalâ were not popular until the 1970s, the decade that gave way to excess.

Traditional weddings back in the day were weekday soireesâ¦.and there was both rhyme and reason for when a young lady was to marry: Mondays were for health and Tuesdays for health. Wednesdays were considered the best wedding day of allâ¦Thursdays for crosses and Fridays for lossesâ¦and Saturdays for not much luck at all (my how times and traditions have changed)

Evening weddings were practically unheard of with most couples tying the knot at high noon with lunchtime weddings designed in a regal English tradition, which meant more pomp, circumstance and planning than an event held late in the afternoon, which only required a small reception. In fact, receptions were optionalâ¦yes, I said optional, with most weddings taking place at home with only a select few family members and witnesses. The exchange of vows WAS followed by a modest âcelebrationâ which consisted of unpretentious refreshments. Only the elite hosted more âelaborateâ affairs.

Even couples who did opt for a fancier fanfare, that usually meant a reception with cake and punch. These âminimalistâ events were considered chic and sophisticated and were listed as such on the Society Pages of local papers. Cocktails hours, passed hors dâoeuvres , spirit stations and dessert bars were not part of the normâ¦.and items such as crystal punch bowls and heart shaped ice cubes were considered upper crust at the time.

Weddings were a DIY eventâ¦with family members doing the decorating, baking and serving. In fact, family members were often listed as staff in local announcements. Furthermore, parental participation was OPTIONAL. Thatâs right;Â  parents were NOT expected to pay for the wedding celebration. While it was still customary for moms and dads to help with the expenses, in some cultures, such as the Italian-American culture, it was the groom who took responsibility for footing the bill for the reception, the home and the home furnishings.

Wedding rings were also much simpler. In fact, engagement and weddingÂ  rings were not popular in the early 1900sâ¦and most wedding bands (worn primarily by the bride) were a mere band of gold.
Â
Â 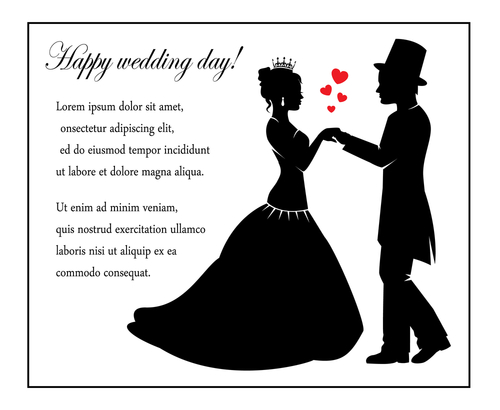